Qn: Now that you have so much experience in real estate, what skills can you bring to class?
A: I have strong people skills and operations experience. I understand the critical and non-critical paths in execution and how resources are to allotted accordingly.

Follow-up Qn: Mention an instance when your workers got motivated.
A: In an emergency to one of my workers, I arranged for a money donation drive. My workers always find me easily accessible. This has helped me get things done easily.

Qn: This is a one-time incident, can you give a day-to-day example?
A: I understand the productivity of workers and hence allocate the work understanding their productivity and give targets accordingly. Gave an example.

Follow-up Qn: Do you make drawings?
A: I don’t draw but I referred Auto Cad and gave the measurement. Ideally, the surveyor has to give coordinate points on site but since he was busy in another project, I gave the measurements from AutoCad.
Rectifying the mistake would have taken a lot of time and resources and hence I had to convince technical departments and consultants that the misorientation would not affect the structure or architecture as it was a parking area. It took me three days to resolve this and was low.

Qn: Any Incidence of achievement?
A: Awarded for achieving maximum production among 30 engineers for doing 25,000 cu metres concrete. Concrete is the measuring factor of progress and achievement in construction. Had many challenges like an instance when the subcontractors weren’t ready to undertake complicated structures like a ramp and 18-m high slabs. I discussed with my management and formed an in-house team. Had to motivate workers as they were previously in the role of supporting the subcontractors. Had to make them understand drawings and sequence of works. But in the end, we completed the work within a timeline and budget.

Follow-up Qn: Why not do a PMP course instead of investing so much on ISB?
A: ISB has Infra Club and a special vertical devoted to Infra in the curriculum. Also, I would get a chance to study with students from various industries. This would give me a better perspective.

Qn: Do you want to stick to the construction industry?
A: Yes, with the rising industry standards and the introduction of smart cities, pradhan mantri awaz yojana and AMRUT ;my past experience and interest in the field , there is a lot of scope for the industry in the coming years.

Follow-up Qn: So creativity is not your cup of tea?
A: Not really.

Follow-up Comments: But with your industry, you should be.
A: I’m not into designing. If one designs, I can get it executed as per the expectations.

Follow-up Comments: Creativity need not be creative in designing, it can be in process or any other field as well.
A: In that case, I would say I have brought in creative ideas to reduce lead time in SmartStorey. The wardrobe is the most difficult product to be installed at site as it involves a lot of panels and hardware going along with it. These panels go in parts and are to be installed at the site. Previously, SmartStorey had one vendor for wardrobe manufacturing but a lot of time was lost on setting and changing machine gauges. Hence I brought in more vendors to manufacture parts of the wardrobe and these parts I would pack in one package and send to the site. This way the site engineer’s task of figuring out which material goes where and the time lost in production is reduced.

Qn: Explain about SmartStorey?
A: It is a two-year-old construction interior procurement company. All vendors are specialized in one item like furniture, carpet or wallpaper but no one deals with all variety of products.

Qn: Competitors of SmartStorey?
A: None. India Mart to an extent but they only connect you to vendors. We don’t connect you but ensure all your requirements are met saving time.

Qn: Who else can SmartStorey target?
A: Thought of getting into B2C but the customer himself is not clear as to what he wants whereas an architect or corporate understand what they want and it is easier to put resources and procure.

Qn: What do you want to talk about in Extracurricular?
A: General Secretary, VNIT Students Council. Our institute had a process for placements but didn’t have any streamlined process for internships. I initiated the idea of sending two students to every alumni meet chapter improving student-alumni interaction. Through this, we could request them to help students in getting internships and they supported. We formed a system of giving out forms and helped students get internship opportunities in industries of their choice.

Qn: General Secretary deals with placements? what about cultural?
A: As a General Secretary, I led a team of 14 students like the cultural secretary, alumni sec, placement sec, technical sec, hostel sec etc. I initiated in converting a 12X12 feet room into a student dance room with dance floors and mirrors, motivating students to take up dancing and won many awards infests of IITs, BITs and IIMs.
Also, organized a 10-day inter-departmental event and involved Post Graduate students and Professors and hence increased the participation.

Qn: Any questions?
A: Thank you for the opportunity. I have had discussions with various alumni and students and they have cleared my doubts. 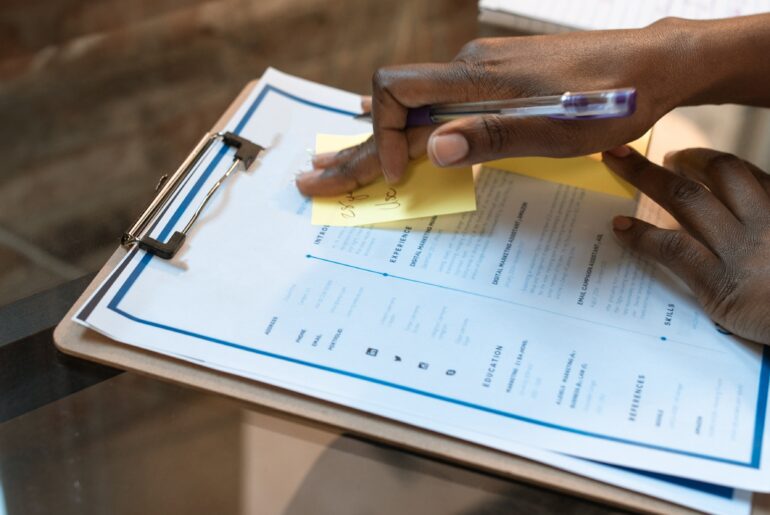 Why the GMAT Test Waiver may prove to be a Double-Edged Sword! 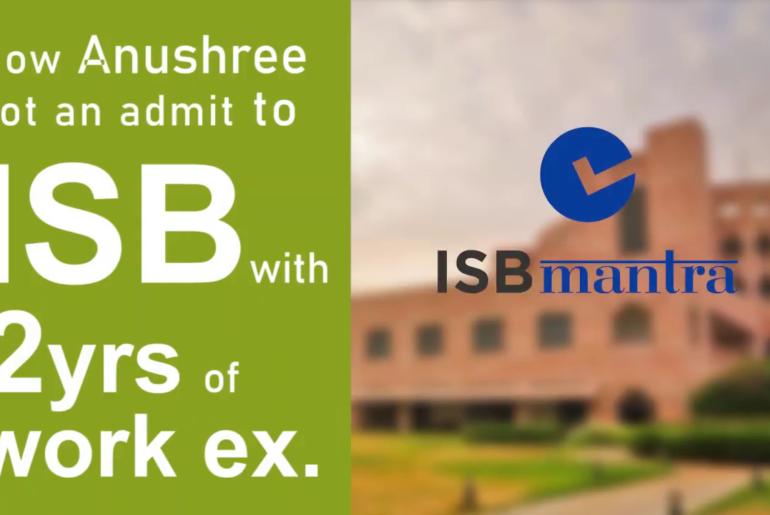